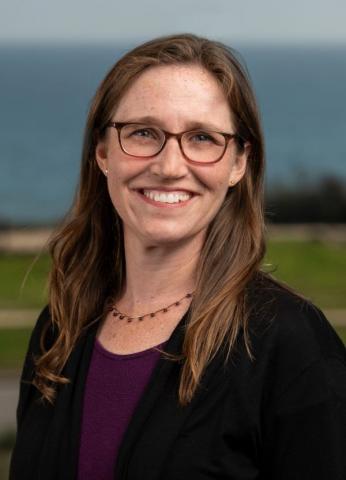 Here at UC Santa Barbara, we pride ourselves on consistently being one of the top green campuses in the United States. With our immediate proximity to the Pacific Ocean and Santa Barbara’s alluring scenery, it’s difficult not to have environmentalism at the forefront of our minds. One of the most salient issues in tackling sustainability efforts is the question of how people can be persuaded and incentivized to make greener individual choices.

The Bren School of Environmental Science and Management at UC Santa Barbara is home to countless brilliant faculty members, all working to further environmental research & education. One of those people is Sarah Anderson, a professor of Environmental Politics within the Bren School. She is a political scientist by training and currently focuses on the intersection between how legislators make decisions and how individuals impact those decisions. Her work has been published in multiple journals and she recently published a book, Rejecting Compromise, which tackles why legislatures tend not to solve the problems they face.

Recently, Anderson conducted a research experiment and published a paper titled “How managers can reduce household water use through communication: A field experiment.” Her interest in this study came about from California’s ongoing drought—beyond changes that agencies can make, individuals need to reduce their water usage as well. The question is, what communication model can make the most measurable impact?

Professor Anderson and her team designed messaging based on the information-motivation-behavioral skills model (IMB) and measured its effectiveness on household water reduction. They created postcards to send to households which hit on the three points of IMB: informing people of the problem, motivating them to address it, and giving them the behavioral skills needed to do so. Essentially, the information portion notified them of the existing drought and decreased water supply, while the motivation portion took advantage of social norms (e.g., “80% of your neighbors have found a way to save water”), and the behavioral skills portion provided a list of short- and long-term changes households could make. Multiple rounds of the messaging were sent out.

The results showed that households that received postcards reduced their water usage more than those that didn’t, and there was indicative evidence that including all three pieces of the IMB messaging increased longevity of reduction. Additionally, messaging was most effective for households that had higher water usage. It is important to note, however, that the reduction effect lessened after about three months.

“We know that the only difference between the groups that got the postcard and the control group is the mailer because we randomized the treatment and control. It’s really exciting to be able to do this treatment versus control study to understand precisely the effect of the messages and to establish causality,” says Anderson.

What is really exciting about Professor Anderson’s research is that it illustrates that this kind of messaging holds larger implications for encouraging sustainable behavior overall—ranging from electricity usage to reducing single-use plastics. Because the IMB model can be easily transferred to online formats, the larger UC Santa Barbara campus has plentiful openings to utilize it in encouraging members of our community to make sustainable choices.

As Professor Anderson states, “The challenge now is to figure out how these smaller moments of change can lead to long term, lasting motivation for individuals to continuously engage and lead to systemic change.”